This is not click bate,  here are eight (8) really important lessons to teach our kids about safety and what to do to prevent child abductions.  It and has been applied to real life child snatches that I have investigated, or researched. 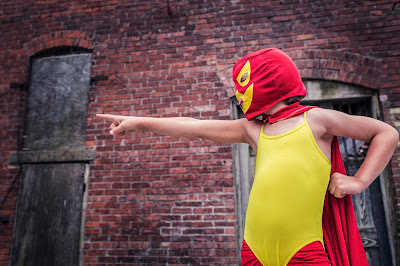 So buckle up and let's get our safety on.

Tip One:  STOP REWARDING YOUR KIDS WITH JUNK FOOD

Apart from the obvious health concerns, predators will use chips, lollies and ice creams the same way that parents may bribe and reward: as an incentive to do what they want.  Be careful with the lessons that you are teaching.

If you hear your child screaming because they are hurt, or being hurt, don't 'shush' them up.  Instead address the reason that they are screaming.   The scream is their go-to alert system, and instinctual way of facing down fear.  Give them sports and activities where this is encouraged.  If they don't use it, then they will lose it, and this is not a survival skill that you want to die.

Tip Three: SECRETS ARE ONLY FOR BIRTHDAYS, NOT BODIES.

Abusers use threats and intimidation to keep children compliant.  Things like, "Don't tell mummy or daddy about our secrets or I will....".  The next time you hear yourself say "Shhhh this is a secret..." reinforce the learning that secrets are only for birthdays and Christmas parties, and not for bodies.  If a secret feels bad, it is not the kind of secret that you keep.

If you are embarrassed about your body, bodily functions and sexuality then you are teaching your child the emotional tools that predators will use to to foster their silence.  Tools like shame, guilt and fear.  If we continue to teach our children these dysfunctional emotions then we are creating a fertile ground for dysfunctional sexual behaviours - whether that means your child will be more likely to be a victim, become a predator: or in fact, both.  Learn what are normal sexual behaviours of children and what are red flags for abuse so that we don't project our own sexual maturity onto a child's normal development or curiosity.  For example: a red flag for abuse or inappropriate exposure is when children pair sexual behaviours with adult framed sexual words.  This is now a major concern with children as young as 7 being exposed to online porn.

Punching and kicking in a traditional martial arts setting have been proven in U.S. College Studies to slow down victims of sexual assault.  There are far more bio-mechanically efficient ways for a child to instinctively and instantly become slippery hurt machines. Big movements like thrashing the head, pumping the arms and stamping the feet.  Couple that with an ear shattering yell and your child will no longer be seen as the 'best' victim.  A test you always want them to fail at.

Tip Six: NEVER LEAN INTO A CAR WINDOW - FOR ANY REASON.

If someone strange pulls up in a car beside your child, teach them to TURN to the rear of the vehicle AND RUN.   It will buy your child some time, or hopefully, make them a less attractive target.  It is good practice for us all to take leisurely runs and walks on the footpath that faces toward traffic.  Then it is obvious if a car is pulling in toward you.

Tip Seven: GET RID OF THE 'Our Family' STICKERS FROM YOUR CAR.

Scratch those suckers off right now.  Stop advertising what precious cargo is within.

Tip Seven:  THE BOGEYMAN IS A MYTH.

The reality is that your child will rarely be snatched by the bogeyman that lurks within the recesses of their fears.  Your child is most likely to offended against by someone that they know, or has been invited into the family to a position of trust.

This is most certainly the case when parents estrange and during custody disputes.  This is the time that your child is most likely to be abducted: by yourself or your partner.

It is better to teach children that everyone is human, but sometimes some humans make our tummies feel funny, and this is an early warning system.  Talk to your child about trusted humans, and humans that make us feel bad, and give them the time and space to tell you if someone makes them feel bad.

The greatest gift we can give our children is to be free of fear and brimming with self worth.  The child that grasps for love and attention - from anyone, for any attention, whether it be positive or negative - is also the child that becomes the 'good victim'.  And the only way to teach your child self love is to practice tolerance and unconditional love for your child - and for all humans.  Not just some humans.  But all humans.

No name calling.
No hate.
No fear.
Just Love.


Oh yeah, l have also reached the learn-ed realisation that kids never listen to their parents.  That's where I step in.   My kids don't listen to me either, but by some divine providence your kids will.  So send them to me.... 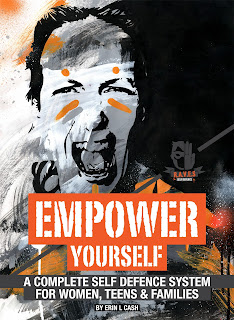