Reporting a sexual assault from your past: things that may help

I cannot begin to heal your pain, but I want to give you some practical advice to take away some of the trauma of reporting of something that has happened to you in the past.  It may have been 30 years ago, or a month…. But it will be defined as a ‘historical’ sexual assault when there may no longer be any physical evidence that can be gathered by police.  Physical evidence includes medical evidence collected shortly after the incident, clothing worn (and not washed), photos of injuries, DNA collected from the body and under the fingernails.  Anything from which the offender’s DNA might have been transferred to prove their physical proximity to you.

This then changes the nature of the investigation, but not the outcome in court.  So please don’t worry about this.  Save your energy for healing, ok? 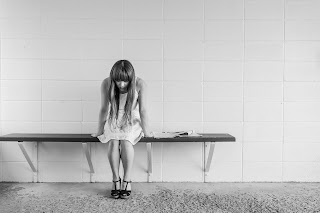 I am all about supporting you as a survivor, and taking you away from the negative connotations of being a victim.  Let my experience as a former sexual assault investigator help you.  I may not know everything, but I want to give you a place to start.  Because I have found everyone is too busy being ‘PC’ and stepping on eggshells that they are ignoring your need for real advice and practical guidance.

So take a deep breath, and let’s get started.

Book in a time of day, get a babysitter, find a room, a coffee shop, a library private reading room.  Write down or audio record your experience.  Don’t leave out your feelings… record sight, sound, smell.  Include EVERYTHING, uncensored and unabashed.  Write like no one will every read or hear it.

After this process then consider what investigators need to know… and consider whether reporting is a process you wish to pursue.

1.  Your relationship to the offender.

You must never feel guilt if you knew and loved your offender.  Never.  It is a misconception that you had to hate your offender and that the offences committed against you where traumatic.

I have also taken reports when offenders have spoken of ‘love’ and ‘going on a date’ while the offences was being committed.

Just because what happened to you wasn’t a common storyline that you watch on a TV crime scene show or Hollywood blockbuster does not mean it is not an offence.

And I must also reiterate, that a child in Australia is legally not capable of giving consent to sexual acts.  It is irrelevant whether you told the offender to stop or not.

Guilt and judgement are wasted emotions.  Please do not let this effect the ability for you to report the incident as it happened.  Please do not leave out any details because you fear that it will affect the validity of your experience.

The vagina or rectum does not have to be torn, bleeding or bruised to prove rape.   It is a real option not to resist when you are fearful of the offender (or in the case of multiple offenders).

Recalling the time, date, place is paramount to determine your AGE AT THE TIME OF THE INCIDENT.

At least 1 in 3 sexual assaults occur during childhood.

Let me make this perfectly clear in the most basic English.


Looking at these statistics it is no surprise that reporting is often recalling an incidence that happened in childhood or adolescence.   This is when at least 1 in 3 sexual assaults occur.

It is not uncommon for these assaults to go unreported until the victim is aged 30 years or older (just look at the #metoo campaign).  It is a neurological fact that at around the age of 30 you come into a matured emotional intelligence that comprehends past trauma.

I distinctly remember hanging out clothes when I was about 30 and recalling an incident that happened to me when I was 16, and thinking, ‘WOW, that guy would be arrested now if I reported him.”

I had been a Police Officer for 10 years by that time, had studied for my detectives appointment, arrested numerous paedophiles and sexual offenders, and had never once looked back on my own adolescence and recounted one of my own experiences as a criminal law offence.  This, coupled with the (unnecessary) emotions of shame and guilt further compound the amnesia state that a teen or young person will experience after a a non-consenstual sexual experience (i.e.: rape).

Such is the nature of our intricate and amazing brains and it’s ability to compartmentalise trauma.

How to recall time, date, place OF EVERY INCIDENT you wish to report is the key to making this process easier.   Particularly if you where a child and had limited ability to correlate times, ages and places.

How do you do this?

Do you remember a special event that happened shortly before or after the incident?  Birthdays, Christmas, Easter, summer holidays?

Was it a regular occurrence that happened during a particular time of day?  How do you remember?  What images spring to mind that remind you?  What were other people doing at the time?

4.  Where you under the influence of drugs or alcohol at the time?

This is not to weaken your case, but the reverse.  It may account for why you can, or can’t, remember certain things.

How much did you have to drink?  What where you drinking?  What sort of drugs did you take?  How did you take it?  How much?  Over what time period?   Where you also on prescription drugs at the time (very important to consider the effects of drugs taken together).  How did it affect you?

I must also reiterate, depending on the State in Australia where the offence was committed, a person cannot consent to certain sexual acts if they are under the influence of drugs or alcohol.

This is a vital fact investigators need, both for the investigation but also the possible cross-examination that may occur if the incident was to go to trial.

5.  What did the offender say to you?

If the offender spoke to you before, during, or after the incident, what did they say?  The best way to write it is like this:

6.  What level of penetration occurred.

Whether we are talking about a penis, a finger, or an object, it is vital to explain the level of penetration that occurred.

Use correct terminology:
No one died because I wrote that did I?  Everyone will live.

The only thing that dies when we use the term penis and vagina is injustice and sexual dysfunction.

I know it makes people squeamish… but I believe that if we were all a bit more open minded about sex, then this unnecessary shame would not be an issue.

No shame, ok…..  let me be that little voice that reminds you.  No shame.  No guilt.

What:
did you use to tell/ show the person that you did not want their actions to continue.

There is a difference between a bad sexual experience, or a sexual experience that you regret, as opposed to proving beyond reasonable doubt to a jury of 12 people that your words and actions showed that no consent was given.

I will reiterate once again, if you were legally incapable of giving consent at the time, for example under the age of 16, or affected by drugs or alcohol to the extent that you are losing consciousness, you are unable to give consent.  Consent is not a factor.


8.  Have you told someone about what happened to you?

Who, when, how and what happened as a result of the conversation is vital to forming a big picture of the incident.

Did you write anything down?   Did you have a diary (whether you wrote about it specifically or not, the entries and dates around the time of the incident could paint a very important physiological picture)?  Draw pictures, paint?  What relevance did it have to your situation and the incident?

Remembering special events, places and details – no matter how trivial they may seem to you – can help investigators to paint a greater picture.  You may never understand the relevance, but investigators have many tools that they use to build a case.

Your head will be spinning by now, so I will give you some space to breath and sit with this information. 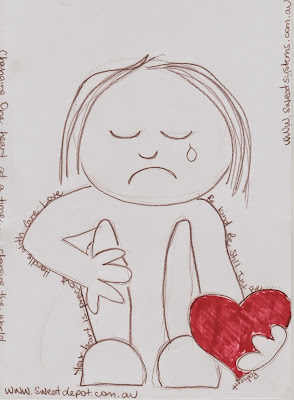 There are only two pure emotions in this world: love and fear.   Anyone who has ever come in contact with you has only ever acted out of one (or both) of these emotions.

I write this from a place of pure love, and a need to surround you with it and whisk away any fear.  No matter what, please believe you are a human BEING, not a human DOING.  BE well, BE safe, BE WHOLE.  Don’t let anyone take that from you, OK?

‘And as we let our own light shine, we unconsciously give other people permission to do the same. As we're liberated from our own fear, our presence automatically liberates others.’    Marianne Williamson

Teaching children (and adults) to change the world….. www.sweatsystems.com.au
Posted by Erin Cash at 2:35 AM

Could you please elaborate onthe law about children under the age of 16 who are coerced into giving consent particularly under threat of suicide of the perpetrator?

Dependant on the state, sex with a child under the age of 16 is the offence of unlawful carnal knowledge (hence, the acronym For Unlawful Carnal Knowledge). It is an offence. Full stop. Coercion is presented as part of the facts. A child under 16 CANNOT consent to sex. Regardless of the circumstance.